It’s a crisp, sunny fall day, in which I think Manhattan looks its absolute finest – sunlight bouncing off glass, light streaming down the avenues, the iconic steam rising from NYC’s complex system of channels, distributing the city’s power.  It’s also the day that two window cleaners got stuck in their window-washing rig 69 floors up the One World Trade Centre when the traction mechanism broke, one week after Condé Nast moved in.

Shortly after the suspended men had been rescued a client visited our bridal studio in The Garment District for a fitting.  Client fittings are rarely conducted there so this was a treat and an education all in one for me, highlighting how as pattern makers, one can fall into the trap of relying solely on the lifeless fiberglass form of a mannequin as opposed to the genuine article.

Three generations of one family; daughter (being fitted for a bridal gown); mother  (owner of a bridal boutique in Connecticut, choosing swatches for her own gown) and Grandmother, a lady with whom I immediately struck a chord.  She’d worked in the fashion industry her whole life, firstly in Italy for a couturier and then in America, founding the bridal store in CT over forty years ago, she still works there as chief dress fitter and alterationist.

The daughter put the dress on (strapless, sweetheart, elongated body with a textured skirt) and grandmother and I started pinning in the same places – under the bust and at the neckline.  It was a great moment for me of worlds colliding which I wish would happen more often – to be told exactly that what you have been thinking for ages was the right thing, or at least agreed upon with someone who has a lifetime of experience – as opposed to my mere seven years!

The grandmother explained to me that no matter whether the bride she’s fitting has an A cup or a D cup, she has to make the same dress alteration to a strapless sweetheart style every time: take it in above the bust at the neckline and nip it in under the bust, to give the girl a defined, uplifted bust that is well contained.  She also told me that this was the same case for all the dresses in their store, no matter who designed it.

A woman’s body is very soft above and to the side of the bust.  Care must be taken when creating a paper pattern for this area to avoid creating a ‘side boob’/‘armpit cleavage’ scenario.  The neckline must fit flush to the body, containing and slightly moving the fleshy part at the side/underarm part of the body towards the bust area at the front.

It became clear to me why she had to do the same alteration to all the dresses.  The mannequins that are used to model paper patterns on are brilliant but hugely different from the body when constructing corsetry and strapless dresses.  A lot of the more modern mannequins have collapsible shoulders and the theory I learnt was based on this capacity.   Collapsing the shoulders gives a more accurate guide when creating strapless dresses and corsets.  When collapsed, the overbust measurement of the mannequin circumference is smaller by about 1.5”.  By using this reduced overbust measurement as a guide to make the paper pattern, you should ensure a better fit.  It also allows for the dipped centre of the sweetheart neckline to open up (thus increasing the overbust measurement slightly), which it will do, unless supported by a ‘V’ wire, which it more than often isn’t, so often a fitter will have to take out more at the overbust princess seam to compensate for the sweetheart opening up.

Lingerie mannequins do exist with a more defined bust area than the standard dress mannequin but there is still no consideration of the pliability of the body above the bust – the body line continues steadily outwards from the waist to the underarm.  There is also the case that if a really true lingerie mannequin did exist, would a company invest in this type of form as well as the dress form?  So, as a more accurate guide, the collapsed shoulders technique really should be considered when patterning for strapless dresses and would, hopefully, make a first time fit much more likely, saving the savvy bride money on multiple alterations.

This pattern reduction rule should also be considered when determining a corset waist measurement.  It can be 1” (or even 2” if your client agrees) smaller than the skin measurement.  This will create a more defined waist and secure a strapless dress in place.

This leads me nicely on to the subject of measurements in their entirety, one that perpetually bothers me!  It was rather slow on my part not to realize right away that the US bridal size charts still conform to British standards.  That is a bridal US 10 is a UK 10 and not a UK 14 – this must bother brides, surely, becoming two sizes larger (than their usual scale of sizing) for the dress in which they want to look their slimmest?

Anyway, my argument here is less about sizing psychology and more about the size chart and the mannequin the pattern makers and stores work with simultaneously, and how they differ from the paper pattern and dress measurements due to the grey area that is pattern ease.  For those who do not know, ease is extra added on to a pattern that will be cut in a none stretch weave to allow for the thickness of the fabric and to allow the body to fit smoothly inside the dress – not be squeezed inside, sausage meat style.  Ideally, a pattern maker’s mannequin will follow exactly the skin measurements of the size chart, but this is rarely the case so the mannequin can never be fully relied upon – unless you get very lucky with your mannequin, so a lot of the fitting on the mannequin should be taken with a pinch of salt rather than gospel.

As I mentioned earlier, regarding corsets and strapless dresses, no ease needs to be added to the client’s bust measurement and extra can be removed off the client’s waist measurement.  Otherwise standard ease is normally 1” added to the bust and waist and 1½” to the hip, as this needs the most room for walking and sitting.  This should always be considered and varies with consideration of the thickness of the fabrics being used, how many layers are in the dress, whether the fabric has a print treatment or embroidery that may distort the handle of the fabric – a grey area indeed but something that both pattern makers and stores should be aware when making patterns and fitting clients.

In an ideal world made-to-measure is the solution but as RTW bridal gowns are de rigueur, alterations are the compromise between the mannequin in the studio and the (wo)man walking down the aisle.

Getting Engaged? Attend a Bridal Show! 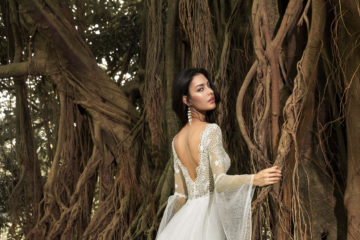 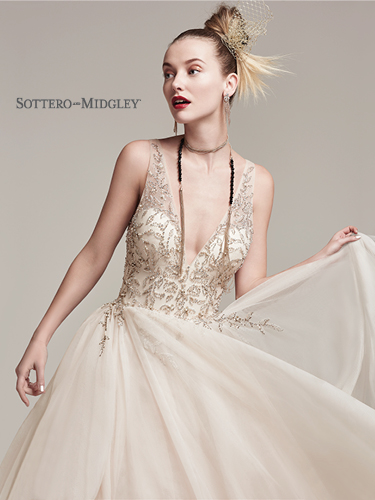