We decided to see what are some of the biggest questions brides have concerning their bridal party. Here’s our take on them!

1. You can’t decide between your best friend and your sister (or two sisters!) for your MOH.

This is an easy one – have both! I can speak from experience on this one. My sister was having a hard time deciding whether to have her only sister or her best friend since she was in middle school as the coveted maid of honor. Obviously, we had both always sort of assumed I’d take the post since we each just have the one sister, but when the decision was actually upon her, she struggled. She eventually came to me (in person) and asked if I wouldn’t mind if her best friend took the post along with me. I will admit that at first, I felt a little territorial. But that ended quickly when I realized how much easier everything was with another MOH to handle all of the duties involved, especially since my sister lives in Pennsylvania while I’m here in Virginia (and a full-time student at the time)! I was more in charge of the bridal shower since I knew more about the family, and she took charge of the bachelorette since she knew how my sister liked to have fun better than I did. We just divvied up the rest of the traditional MOH perks – I was the one to stand right beside her at the ceremony, but her best friend held her bouquet. Your wedding should reflect you. If you’re having a hard time choosing, make up your own rules!

2. Your bridesmaid won’t stop complaining – about the dress, the shoes, etc.

First, make sure you aren’t asking too much of your maids. Is this particular friend low on money but expected to pay for a $500 dress? Or is she griping because she has to wear blue but black is her best color? If it’s the former, rethink your dresses a little bit and try to get everyone to agree on one with a lower price tag. There are many options out there that this shouldn’t be hard! If it’s the latter, you need to talk to your friend. She might be jealous that you’re the one in the veil while her boyfriend is dragging his toes. She might have a lot of other things going on in her own life that you’re neglecting to notice because of planning. Or, and let’s hope this isn’t the case, she might just not be a great friend. Plan a night to hang out just the two of you, and tell her that you are hurt by her actions and give her a chance to change her attitude. Also, make sure to ask how your bridesmaids are once in awhile without talking about your wedding.

3. You can’t decide on only 5 attendants. Too many friends or sisters!

One bride from Berryville had a great way to solve this for her own wedding: she made it a rule that if she didn’t speak to a close friend at least once a week, they probably weren’t close enough to make the cut into the bridal party. While it’s your wedding and your choice, your sisters and/or groom’s sisters should be the first to be added. If you choose not to add them for whatever reason, be prepared for some hurt feelings. At the very least, do NOT pick and choose! If your fiancé has two sisters and you’re super close to one but not the other, you should definitely include the other as well. Both will soon be your family, not just the one you have margaritas with on Thursdays. As for friends, feel free to leave out those whom you’ve known for years but don’t speak to on a regular basis. Old sorority sisters? Not necessary. Make sure to choose women you can count on, as they’ll be helping you with each step of the process

Beth graduated from James Madison University in 2014 with a degree in journalism. Most of her spare time is spent looking at wedding dresses and watching Netflix, hoping to get more ideas for Style Inspirations.
← previous article

Your First Night as a Married Couple 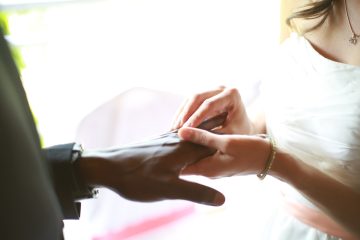 Renewing Your Vows: Checklist for Planning 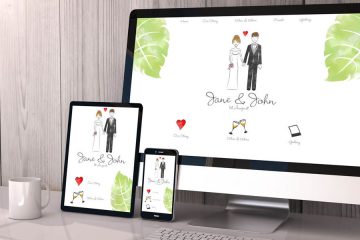 8 Things You Need to Include On Your Wedding Website 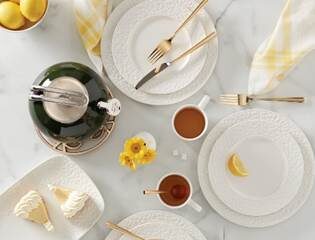